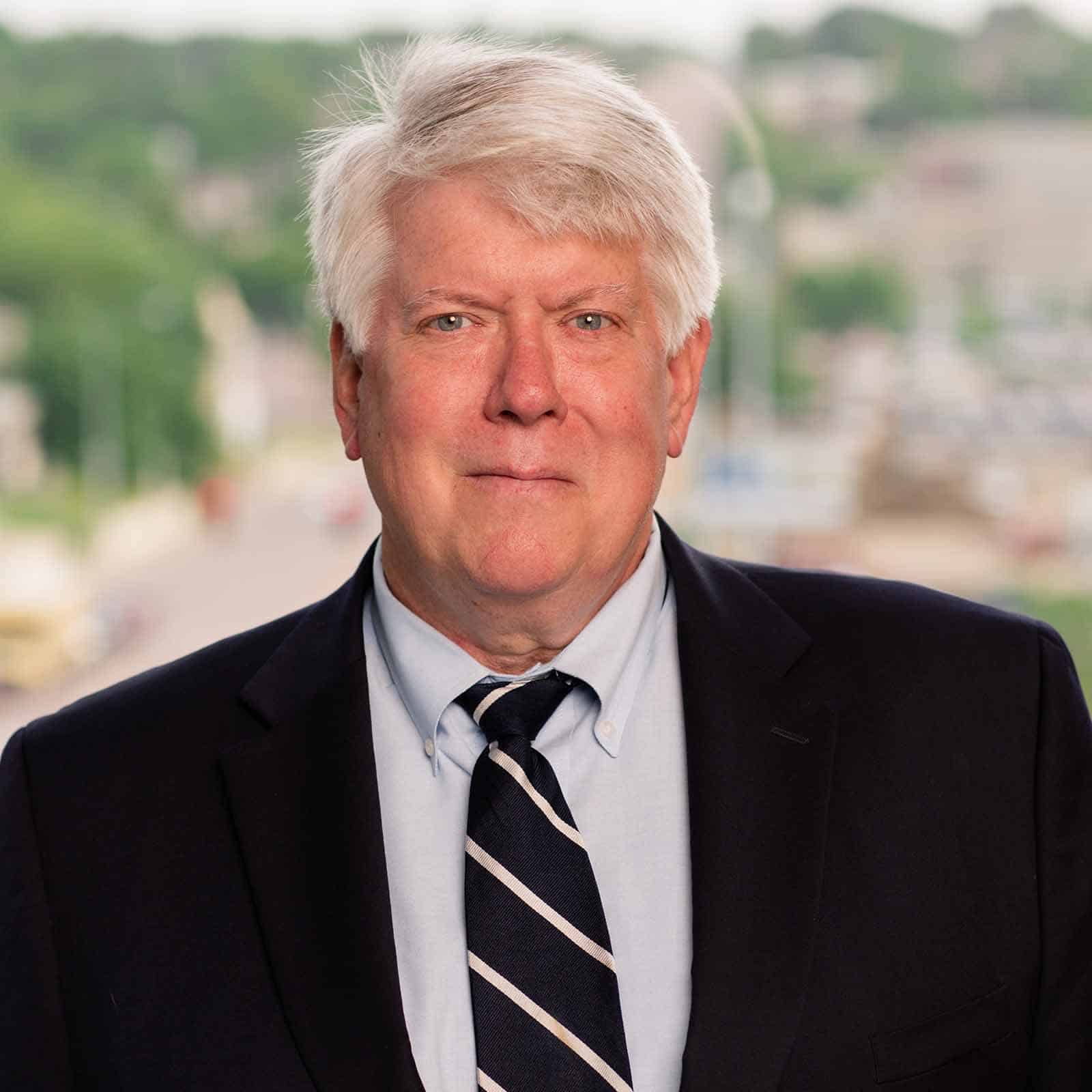 R. Alan Peterson is a long-time member of Lynn Jackson, and the founding member of the Sioux Falls office.  Although he previously specialized in civil and commercial litigation, workers’ compensation, and employment law, he now limits his practice to serving as general counsel to the two largest rural electric cooperatives in South Dakota, mediating cases, and representing adoptive parents.

Alan is an AV-rated attorney and has been recognized in Best Lawyers in America® for Administrative/Regulatory Law, Arbitration, Employment Law, Insurance Litigation, Labor and Employment Litigation, Mediation, Personal Injury Litigation, and Workers’ Compensation Law.  He has also been named a Great Plains Super Lawyer® and recognized by Chambers and Partners for his work in labor and employment law and personal injury litigation.  Alan is a member of the South Dakota Defense Lawyers Association, South Dakota Trial Lawyers Association, and the National Panel for Construction Dispute Resolution Services.  He is a member of the South Dakota, Second Circuit, and American Bar Associations.  Alan is a member of the Sioux Falls Pickleball Association, the Lennox Community Band, and the Augustana Blue and Gold Band, and is a volunteer for the Habitat for Humanity.

Alan and his wife Marsha have two children.  In his free time, Alan enjoys spending time with family and at the lake, traveling, playing pickleball, and occasionally, playing his trombone.